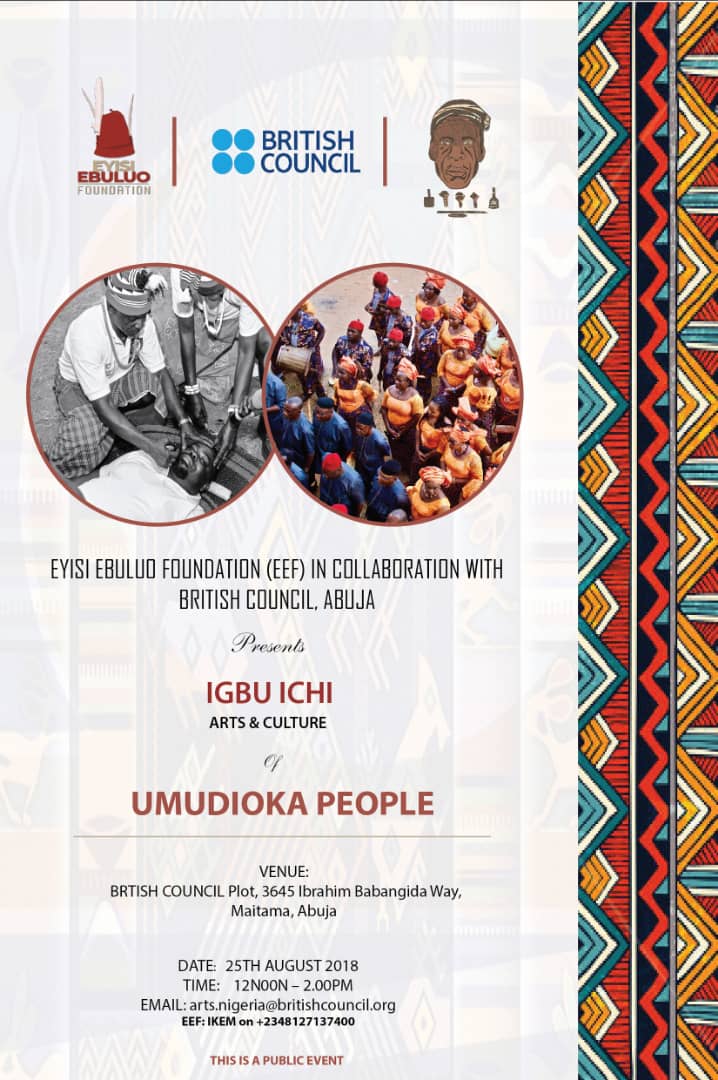 In Umudioka, Anambra state, Igbu Ichi, a traditional craft with an entire system of culture around it is gradually going extinct. Done by Nwadiokas, itinerant traditional herbalists cum artists who learned the craft through years of apprenticeship. Every year, Nwadiokas travel with a shoulder bag containing three main items jointly called “akpa mmanka”: the mmanka—a delicately forged sharp and stubby knife protected in a mini-scabbard; okuka mbubu—a slim, curved knife and okuka eze and the mkpume eze—special chisel and hammer, used for dentistry purposes. However, also built around this act is a social welfare system, a dispute resolution system as well as a legal system that ensures balance in the communal society.

Today, there is only one living person with Igbu ichi in Neni, Anambra state. Only a few people have knowledge of the practice, even fewer know how it is executed and the culture built around it.

“More than ever today, while globalisation crushes local traditions, it is important to teach our cultural heritage,” says Chiedozie Udeze, the Chairman of Eyisi Ebuluo Foundation, a cultural organisation focused on promoting African traditions in its many forms. By education the Nigerian pupolace about threatened cultural practices across Nigeria, EEF gives expression to local cultural traditions through different projects.

Between 12noon and 2pm on August 25, 2018 the British Council Abuja, there will have a re-enactment of Igbu Ichi to educate the public about local traditions under threat. Asides the enactment, the last man with the Igbu Ichi will also be at the event to answer questions about the practice, there will also be cultural displays.

“Through this, people will learn more about igbu ichi, and see the beauty of the tradition. While the actual marking is not being done again, it is important that we do not lose the culture around it. For us to advance as a nation, we have to know our past” he says that this is why EEF organises programmes such as this through which the public is educated on the beauty of their local cultural heritage.

Hit enter to search or ESC to close